The first hour or two of the day have always been my favorite. Even when I’ve needed to be in an office early, with a commute, lunch packing, exercise, etc., I’ve made it a priority to give myself time to relax, drink something warm, journal, and read the news before doing anything else. I find that missing even one morning of this routine can completely unhinge my day, so I have become easily conditioned to stick with it.

Though I should have known better, for years, my morning beverage consisted of several cups of coffee, either black or with my spiced nut milk. I would then go running, and after a spike in cortisol (known as the “stress hormone”) and a short-lived jittery energy, I was left dehydrated and depleted. Thus, I eventually sought a morning beverage modification, and once I was finally over the hump of caffeine withdrawals, the drinks below became some of my favorites.

Eliminating caffeine has had the most profound effect on my health that I can remember. I feel less anxious throughout the day, my sleep quality has improved, I’m able to sleep more hours, and my hydration is better, which makes me feel more consistently energized. None of these were issues that I could have pointed to while I was drinking so much coffee, but the lack of caffeine has made them obvious. (Granted, I was drinking excessive amounts of coffee, so others may not notice changes as major as these.) For better or for worse, even after the caffeine withdrawals faded, I’ve also noticed that it’s a bit harder to exercise. Caffeine gave me an antsy sensation that had me flying out the door every morning and an ability to sustain longer workouts; these days it’s a bit more of a slog. Regardless, the benefits have greatly outweighed any drawbacks, and I would highly encourage experimenting with a caffeine elimination. (It’s probably best to try at least a month without any caffeine to see any of the benefits.)

I am fully aware that Bulletproof coffee – a blend of coffee with MCT oil and butter – may sound like the ultimate diet gimmick, its devotees claiming “supercharged” brain power and metabolism. Though, after experimenting with my own versions of this drink, I’m convinced of at least some of its merits. I started by simply blending coconut oil into decaf coffee and eventually moved onto MCT oil, ghee, and a bit of sea salt. It may come as a surprise that out of all the morning drinks I’ve tried, this is easily the most delicious and satiating.

The health benefits of coffee are immense, with research to support decreased risk for diabetes, heart disease, and cancer. Evidence also supports that habitual coffee drinkers may live longer than their counterparts. The oils in bulletproof coffee, MCT oil and grass-fed butter or ghee, each have properties that contribute to optimal energy levels and metabolism, and consuming enough fat in the diet can help to moderate blood sugar levels. For me, the combination of oils with decaf coffee seem to have the effect of a mild but sustainable energy increase, free of the anxiousness and dehydration associated with caffeine. The addition of sea salt aids in hydration and adrenal support. Though sodium has historically had a poor reputation in the health world, and continues to be dangerous for certain individuals with high blood pressure, research is now showing benefits in higher levels of salt consumption for the general public, including that a saltier diet may aid in weight loss.

In some of my other writing, I’ve mentioned my love for eating salad for breakfast, and a morning smoothie should essentially be a blended version of this. Most smoothies and juices contain fruit or other sweeteners to increase taste appeal (even the green ones – don’t be fooled). Though fruit is generally healthful, in a liquified form it can bring up blood sugar and cause a crash in energy levels. The best smoothies are rich in vegetables, rely on herbs and spices for flavor, and incorporate fats to aid in satiety.

My favorite morning smoothie is a combination of Organic Girl “Supergreens” (chard, arugula, and spinach), avocado, unsweetened coconut, ground flax seeds, hemp seeds, lemon juice or apple cider vinegar, a dash of sea salt, raw ginger, and water. For a touch of sweetness, I will sometimes add half a banana or a few strawberries. I save time during the week by making one batch of smoothies, pouring them into repurposed jars, and storing them in the refrigerator or freezer.

Another beverage that may be viewed as a diet fad to some is the now very trendy bone broth, a nutrient rich stock made from simmering beef or poultry bones in water for several hours. However popular it may currently be, bone broth is not, however, a “fad”, as it has been a cornerstone of Traditional Chinese Medicine for thousands of years. To call this substance “broth” is actually a misnomer, as broth technically implies that bones are not present in the cooking process, but it is the bones in bone broth that impart a deep layered flavor and supreme nutrient density.

Proponents of bone broth boast of “cure-all” effects to the skin, joints, immune system, and gut. While more research is needed to determine if these claims are exaggerated, there is at least some evidence to support that the nutrients found in bone broth may provide benefits for skin health, bone disease, and inflammation. If nothing else, bone broth is an excellent source of minerals and amino acids (the building blocks of protein), which make it a perfect morning or post-workout beverage.

*Drinking broth from a mug may seem off-putting to some. It may help to think of bone broth as a drinkable soup, rather than a traditional beverage, per se.

**See my recipe for oats cooked in bone broth!

As an alternative to the rich and savory drinks above, I sought a light and refreshing beverage that I could have on hand to energize my mornings. The result was a spicy blend of raw ginger, turmeric, lemon juice, and water that can be kept in the refrigerator for at least a few days. Both ginger and turmeric are known to have anti-inflammatory properties, and curcumin (the active substance of turmeric) has received positive attention for a role in cancer prevention. These flavors are incredibly intense, so the drink should be diluted with water until it is easy to tolerate.

I’m curious to know if any of you have tried eliminating caffeine and what your experience was!

What are your favorite morning beverages?

Have you tried these recipes? 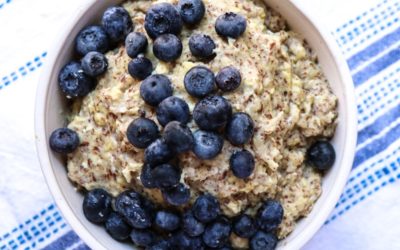 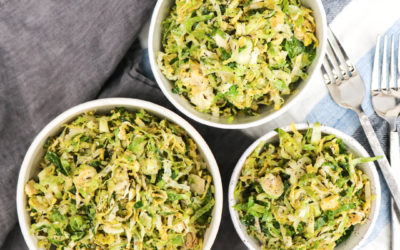